US Is Under Heavy Attack: Cyberattack Forces Shutdown Of Largest Gasoline Pipeline In United States

An unprecedented cyber-attack took down the operations of the largest gasoline pipeline in the United States over the weekend. The 5,500-mile Colonial Pipeline, located on the East Coast, is the single largest refined-products pipeline in the entire country, stretching all the way from Texas to New Jersey. On Saturday, its operators struggled to control a malicious attack that disrupted its systems. Hackers have found a flaw in the network, hijacked the company’s data, encrypted it, and demanded a ransom to unlock them. The company was forced to take the system offline, which has interrupted all pipeline operations, according to The Wall Street Journal.
The senior threat analyst at cybersecurity firm Recorded Future, Allan Liska, said the hacker group responsible for the attack is known as DarkSide. The group managed to enter the company’s network on Friday, but only on Saturday, its operators noticed something was wrong. On Sunday, Colonial Pipeline released a note saying that it has just “learned it was the victim of a cybersecurity attack and has since determined that the incident involved ransomware. Quickly after learning of the attack, Colonial proactively took certain systems offline to contain the threat. These actions halted all pipeline operations and affected our IT systems,” the company revealed, arguing that it is now “in the process of restoring service to other laterals” and it will bring the full system back online only when they believe it is safe to do so, and in full compliance with the approval of all federal regulations.
Colonial’s network supplies fuel coming from refiners on the Gulf Coast to most parts of the eastern and southern US, accounting for more than 2.5 million barrels per day in gasoline, diesel, and jet fuel, or other refined products transferred, which represents 45% of all the East Coast’s fuel supply. The company operates Line 1 for gasoline and Line 2 for diesel and jet fuel, which spans from Pasadena, Texas, about 15 miles from the nation’s largest refineries, to Greensboro, North Carolina, merging at that spot to feed a line carrying about 900,000 barrels a day into New York Harbor, and other East Coast pipelines.
The current situation is particularly alarming since it’s extremely rare for such a critical and extensive infrastructure to be knocked completely offline. Even though the U.S. oil and gas industry is used to deal with outages, such as those provoked by hurricanes or other extreme weather, they were unprepared and unequipped to deal with the cyberattack, and now global traders, shippers, industry analysts, and consumers are worried about how long this shutdown will persist. Global traders and fuel shippers have been on a desperate run for “barges and other vessels to deliver gasoline that would have otherwise been shipped on the pipeline,” according to inside sources.
Meanwhile, downstream customers at the entire Eastern seabord are starting to panic as they temporarily lost their main source of gasoline supply, which provides fuel for hundreds of millions of Americans. If our “hyperinflation” problem wasn’t already distressing enough, after Colonial Pipeline’s announcement on Sunday, gasoline futures surged more than 4% – and are likely to jump even higher while the company tries to fix all of its mainlines and reinforce security at its key IT systems. Gasoline futures are now being traded at $2.21 a gallon, nearing the highest since 2014.
On Friday, before the attack was reported, the national average price for gasoline stood at $2.96 a gallon, according to data released by the auto club AAA. The pump price wasn’t expected to rise considerably until the end of this month, by Memorial Day, which is typically viewed as the beginning of the summer driving season in the U.S. But today, gasoline pump prices averaged $3, the highest they have been since October 2014. The US government declared a state of emergency late on Sunday. Knowing that this vital American infrastructure carries almost half the fuel consumed on the US East Coast, federal agencies, and law enforcement alongside a third-party cybersecurity firm brought in by Colonial, already got involved to launch an investigation regarding the details of this fresh cyberattack.
The incident marks the rise of a dangerous criminal IT ecosystem, that is unlike anything the cyber-security industry has ever seen before. In short, it means that, now, not only our businesses are vulnerable to ransomware offensives – and to lose millions of dollars to skilled hackers in that process – but our entire national industrial infrastructure is at risk of being severely disturbed by cyberattacks. And if our leaders don’t promptly act to boost security on all of our key systems, more infiltrators can hide in the US network and wait for the perfect moment to trigger a major national crisis.

Stephen Miller: The left wants to erode, erase the definition of citizenship 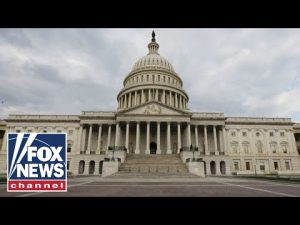 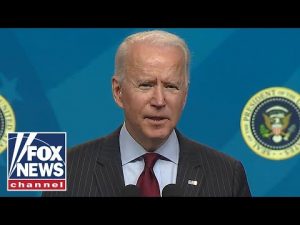 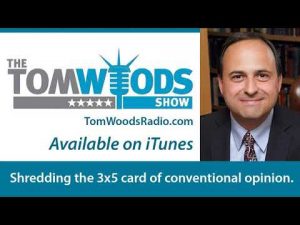