The DISASTER Of Minimum Wage Hikes! – Poverty And Unemployment SKYROCKET

Josh Sigurdson reports on the unmitigated disaster that is the $15/hour minimum wage hikes in many states across the United States. As the wages get hiked, enforced by the government, businesses are forced to close, lay people off, automate or leave the states.
Government always comes in as the savior for all the problems it created in the first place, creating more serious problems and leading to a greater control complex. This is by design of course, or it’s a crazy coincidence, but quite obviously it IS by design.
As the $15 minimum wage hike is implemented in many states including Illinois, New York, New Jersey, California, Massachusetts, Maryland and DC, people are interestingly fleeing those states which capitalize off of the dependence of the impoverished and homeless. As the exodus continues, the rules, regulations and taxation becomes further enforced and more problematic while the states people are fleeing to are being conditioned and influenced to do the same things.
This problem is based on two factors… Emotion and government control. People emotionally accept the notion of higher wages without understanding even the most basic economics because it sounds nice and good. Meanwhile, even people like California governor Jerry Brown thinks it’s a bad idea but that it’s “morally right.” Same with governor Cuomo. Then, from the government control factor, it creates more unemployment (that will be hidden in the labor force participation rate) and that will transfer over to programs that people will be dependent on.
It creates automation of course which isn’t a bad thing economically, but only the major corporations that have been monopolized by the state in the first place will be able to afford to make the move while small businesses are pushed out of the market.
Then, with the price of living constantly increasing due to the printing of fiat paper at the Federal Reserve, you will also see a rise in equivalent costs. People might be getting paid “more” but just because the number goes up doesn’t mean the buying power goes up. People will be able to purchase just as much if not less with the larger number following the dollar sign. People will pay for it one way or another and people will lose.

Hannity: What are you going to do, Joe?

Former CDC director: ‘I see this as a brand new day’

By the Numbers: How vaccines are stemming pandemic tide 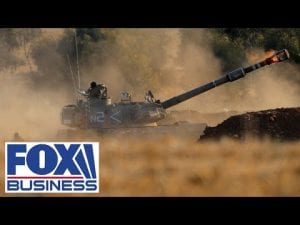 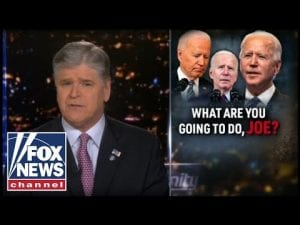 Hannity: What are you going to do, Joe? 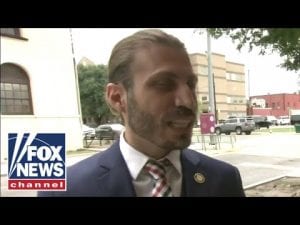