Sen. Johnson: This was a miserable failure


Sen. Ron Johnson, R-Wis., joined ‘The Faulkner Focus’ to discuss COVID learning loss and Biden’s student loan handout. #FoxNews
…
RON JOHNSON: I don’t see how anybody could take a look at our response to COVID and conclude there is anything but a miserable failure. Over one million Americans dead, the human toll, the economic devastation, what we did to our children. In addition to this study, Rhode Island Hospital and Brown University conducted a study that showed that there was a 22-point drop in IQ in infants born during the pandemic, and what’s so tragic about how we harmed our children during our response is it wasn’t driven by the science. The school shutdowns and our CDC response to how we were going to handle children were largely driven by the teachers’ unions. I’ve written oversight letters in terms of communication between the CDC and our health agencies and the teachers’ unions, and I’ve gotten no response. So this was not driven by science. Remember how everybody was vilifying Sweden because they didn’t shut down their schools, their children went to school [and] didn’t wear masks? Sweden’s death per million is only 59% of America’s. 1,894 people per million versus US 3,223 people dead per million. So not one of those 1.9 million Swedish schoolchildren died of COVID, and the teachers actually had a lower infection rate. So our response, driven by people like Fauci and our federal health agencies, are have not been honest they are not transparent. They miserably failed in protecting Americans and they’ve done great harm to our children.
…
Subscribe to Fox News! https://bit.ly/2vaBUvAS
Watch more Fox News Video: http://video.foxnews.com
Watch Fox News Channel Live: http://www.foxnewsgo.com/

A US president has never behaved like this: Duffy 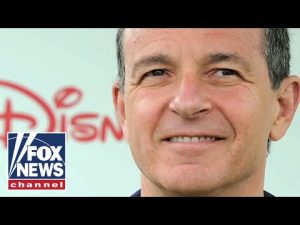 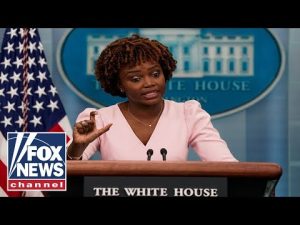 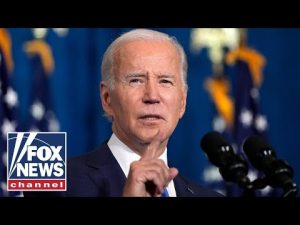 A US president has never behaved like this: Duffy