MOST DISTURBING SECRETS ABOUT DISNEY

The Walt Disney company is worth over 92 billion dollars and there might be a few things they don’t want you to know about. From secret messages hidden in their cartoons, to Disney stars behind bars, here 12 most disturbing secrets about Disney!

4. Disney Stars Behind Bars
We probably don’t need to remind you that many young stars have gotten big thanks to help from disney! But you probably also begin to realize, they don’t always grow up to be the same person once the fame gets to them. Numerous disney stars have been put behind bars for DUI, mental breakdowns and possession. Lindsay lohan is a perfect example who’s been locked up for all those charges! Michael musso, who was also on hannah montana with miley cyrus found himself with 2 counts of DUI before the age of 21. He faced 6 months in jail. You might remember orlando brown from the show that’s so raven. In 2016 he was in some legal issues with domestic assault. When police arrived he was in possession of some illegal substances and his future isn’t looking too bright! Oh yeah and how could we forget about Brittney spears! The list goes on and you have to wonder what’s going on with kids these days

3. Miley Cyrus Justin Bieber Same Person?
Miley cyrus may have lost her good girl image after hannah montana a while ago and it was about the same time justin started getting into trouble. Some even claim there’s a conspiracy that Justin Bieber is actually miley cyrus with no makeup. This photo was altered of justins mugshot which really shows you how much he looks like miley cyrus if he were to put some on. As you dig deeper into this conspiracy, you might not completely doubt it. You’ll notice it was right around the time justin bieber released his hit single Baby started getting popular on disney radio, miley cyrus starting getting a little wilder. The two are listed as less than a few inches apart, born within a couple of years within each other and seem to be in the same weight range of 20 pounds of so. Some also feel as though justin bieber was kidnapped by disney and force to perform as both a male and female so he could earn twice the money.. Have you ever seen them the same time at the same place? I think not! How could you actually make more money than justin bieber? Maybe have an alter ego possibly and sell more merchandise?

2. Disney Subliminal Messaging
It’s one thing to try to fool us with beiber cyrus but american eye is sniffing out your subliminal messages which is a little more challenging. After doing through research on the topic, it seems like some people responsible for these animations are kind of playing some messed up jokes considering how disney is supposed to be the ultimate family go to company. Back in the day of cartoons, animators could cleverly sneak in little inside jokes that wouldn’t be remotely noticeable on vhs or on the big screen. They had no idea how far technology would come. This includes the case where a nude woman in the background during the film the rescuers. For a very brief moment, children were subconsciously exposed to nudity. This is mainly a joke among animators and not really meant to sexualize children at a young age, or are they!? While some auditory messages have also been spotted, the creators just claim that you’re misunderstanding it!

1.Messed Up Storylines
We’ve seen it over and over again! Disney gets away with telling some of the greatest lies in history, especially when it comes to Pocahontas. The idea that a native american would fall in love with an imperialist such as john smith is preposterous and they basically made up the story so we don’t have to feel about about whatever happened in the past. John Smith himself would have to basically have been into kids since she was only 10 years old at the time. Disney just made her a tad bit older so they could make their next big hit. The real store is much less fairly tale like and the one we are used to watching is like the version of stories given by john smith. Many disney storylines are all knockoffs of much much worse stories that just slightly changed so parents will still take thier kids. If disney didn’t change the stories, the original sleeping beauty would certainly be an R rated film. It was based off a book where the king rapes a princess while she’s sleeping and they still end up getting married somehow. We don’t wanna ruin you’re childhood and don’t have time to go into each one in detail but feel free to look it up and tell us your thoughts in the comment section

Green New Deal to be reintroduced by progressive Democrats 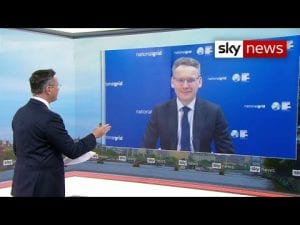 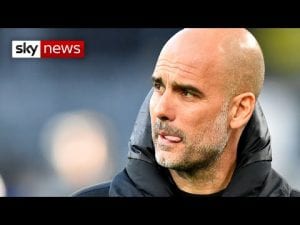 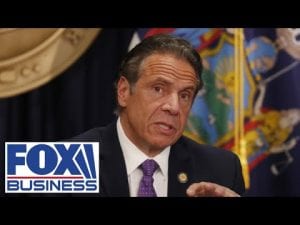