MOST AMAZING Discoveries With A Metal Detector!

From massive ancient tombs to unbelievable coin discveries, here are most amazing discoveries with a metal detector.

6. Hammer of Thor
Before Christianity spread among the vikings they certainly had their own set of beliefs. Gods like Thor and Odin were the lead gods of Viking folklore. It’s told that thor was god who held a hammer and was responsible for lightning, storms, thunder, and protection of mankind. Until Vikings were officially Christianized in the 12th century, people would accept him into their lives and wore these amulets, symbolizing his presences. Thousands of these amulets have been discovered but no one really understood what they meant. Researchers eventually found this amulet in Denmark and realized that Thor’s legends heavily influenced people’s jewelry.

5. Tomb of Liu Wu
An ancient Chinese mausoleum was discovered in 2014 and what it contained inside was simply breathtaking. It’s believed that this tomb belonged to King Lui Fei who ruled the kingdom of Jiangdu until he died in year 128 BC. Although graverobbers plundered some of the treasures left here, the collection was simply too vast to take all of it. The tomb contained rare coins, chariots and even a jade coffin as you see in this photo. Needless to say this king lived a lavish lifestyle. As apart of a burial ritual, the kings were often left with large amounts of coins. No wonder graverobbers were coming here!

4.Tomb of Liu Wu
Another treasure hunter, this time in Australia came across a beautiful gold ring with an extremely valuable red ruby. This one here, was buried under 2 feet of sand and is an incredible for one of those metal detector guys. If you’re hoping to make a strange beach discovery, experts say it’s best to try your luck after a large storm hits the beach. People might have left in a hurry, boats might have tipped over, thing in the area tend to drift.

3. Anglo Saxon Coin Discovery
What would you do if you can across some ancient coins that made you a millionaire in the process? That might make you reconsider the next time you think about making fun of someone at the beach with those metal detectors. A man named Paul Coleman, an amateur treasure hunter stumbled upon a remarkable discovery in the town of Buckinghamshire, in 2015. He collected an unbelievable 5000 silver coins that were made sometime between 978 AD-1035 AD and during the rule of King Canute. These were found about 2 feet under soil and were in pristine condition. This was one of the largest Anglo Saxon coin discoveries in history and he just filled up bags full of them! This brought him a serious payday of 1 million pounds or 1.2 million dollars. If this unemployed British man can do it, so can you! It’s not that much compared to some other ones were about to show you.

2. Galloway Hoarde
The coast of Scotland got it’s fair dosage of Viking raids in the middle ages. Many of these Vikings settled the land and modern day Scottish people could have a little bit of Viking ancestry. It was a fairly easy target for vikings to plunder geographically speaking and some of the Scottish isles are less than 200 miles away. Vikings often targeted Christian monasteries since they weren’t often armed and had a large amount of gold sculptures. One of the largest Viking discoveries in the UK was made in Galloway, Scotland in 2014. This included silk from Istanbul and a silver brooch that came from Ireland. Much of this was likely loot that they had stashed or traded for about 1000 years ago. Items like this silver cross are quite rare and engraved with decorations on each side. Many treasures were found just by simply searching an area, they believed a Scottish church once stood in in the middle ages.

1. 30 Ton Meteorite
Pieces of anenormous meteorite, also known as “el chaco” was discovered in the Argentinian town of Gancedo that fell from the sky 4000 years ago during a meteor shower. Locals in this small town were shocked when they saw this massive hunk of metal being lifted from the ground, in September 2016. It’s the 2nd largest meteorite ever discovered, only second the one found in Namibia which weighs 66 tons. It’s believed that it originally weighed 800 tons but loss much of it mass while travelling through earth’s atmosphere and from other factors. Other pieces of the meteorite have been discovered and at one point, it’s believed the entire thing weighed 37 tons! The original meteorite broke into many pieces and scattered throughout the area. The space originated from the asteroid belt found between Mars and Jupiter. Meteorites commonly strike earth’s surface but normally end up as dust by the time they reach earth’s surface. The last impact of this magnitude, scientists believe happened 55,000 years ago.

COVID-19: Fears patient backlog in some hospitals may last for years

In Full: Sophy Ridge on Sunday 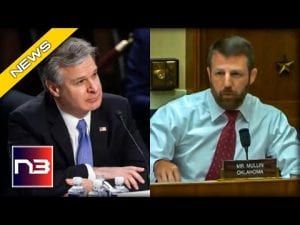 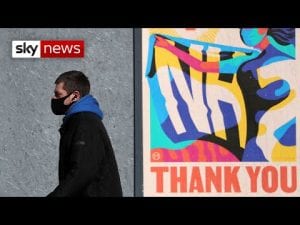 COVID-19: Fears patient backlog in some hospitals may last for years 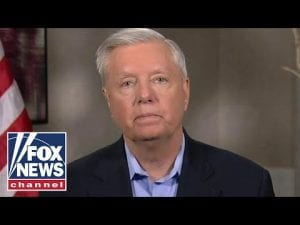