If They Force Millions Of Americans Out Of Their Jobs, Our Supply Chain Crisis Will Get Much Worse

You probably already noticed that shortages are spreading across a wide range of goods and store shelves are getting increasingly emptier, but things are set to get a whole lot worse as the U.S. government decided that now it’s a good time to impose work restrictions. Our supply chains have been facing one disruption after the other, but now that thousands of workers are at risk of being forced to leave their posts, we’re about to see widespread chaos taking over this country. The economy has already started to slump again, and there’s a 50% chance that we face a double-dip recession by the end of the year.
Considering how things are going, it seems absurd that the federal government of the United States is issuing such a draconian decree — one that threatens to push MILLIONS of workers across several industries out of their jobs, but that’s precisely what’s happening. They are mandating workers to get the vaccine, but if the population doesn’t trust the government, why would they comply with what the government is imposing? How are people supposed to feel confident to get the vaccine if they’re being forced to make that decision?
Never in history, we have seen global supply chains so gummed up. And one of the main reasons why this crisis has been aggravating so dramatically is the shortage of workers. Dockworkers, truck drivers, warehouse workers — you name it. Every corner of the US supply chain is understaffed. And while many were expecting things to be coming back to “normal” by now, it seems like this crisis is only intensifying and more shortages continue to emerge all over the nation.
A new poll conducted by the Washington Post revealed that most workers prefer to get fired than get the injection. “The poll found 16 percent of unvaccinated workers would get the shot, 35 percent would ask for a medical or religious exemption and 42 percent would quit their job. When asked what they would do if they weren’t given an exemption to opt-out of the requirement, 18 percent of those surveyed said they would comply and 72 percent said they would quit,” says the report.
Due to the threat of unemployment, it is likely that some unvaccinated workers ultimately submit to the injection program, but given that the vast majority is unwilling to accept it, we’re about to witness economic chaos being unleashed all around us. In fact, many crazy things are already going on due to the vaccine mandates. Hospitals all over the country are seeing healthcare workers leaving their jobs at a time our health system is completely overwhelmed. Many of them are reporting severe interruptions to basic services. For instance, an upstate New York hospital announced it will pause the delivery of babies because of a series of resignations by maternity unit workers who are objecting to vaccination mandates.
We’re in the middle of a major health crisis, and things are getting worse because, amid so much uncertainty, the president has decided that the best approach to ease this crisis is to literally force people to get a vaccine when most still doubt it’s even effective. The level of absurdity is simply unprecedented. Sadly, this is just the beginning. When this country sees large numbers of people suddenly leaving the workforce all at once, everything will be turned upside down.
If millions of Americans are pushed out of work by Biden’s mandates in the coming months, we are going to watch our society crumble at breathtaking speed. At this point, all we can do is hope that the courts rule the government’s decree unconstitutional, otherwise, we will have an economic collapse and an enormous national crisis on our hands sooner rather than later. If you’re amongst those whose job is hanging by a thread due to the vaccine mandate, make the wisest choice and do not leave the workforce voluntarily. Let them fire you. In that way, you’ll be able to collect a paycheck for as long as possible, and you’ll also be able to apply for unemployment benefits. Plus, you’ll have a strong case if you ever decide to take some sort of legal action.
It’s truly sad to see America descending into full-blown tyranny. For years, several experts have been warning that our liberties and freedoms were being gradually taken away from us right before our eyes. Now, the nightmare is just starting. Just wait until the government realizes the mess they created. When these mandates effectively break our supply chains, panic and chaos will take over this country. Dark times as approaching us and we should get ready for the very difficult years that are ahead.

At 4 AM on Friday, Chuck Grassley Makes Announcement About His Future In Senate 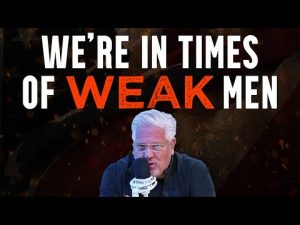 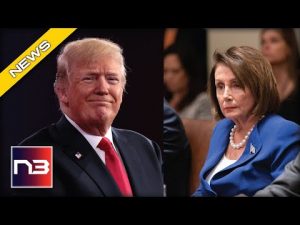 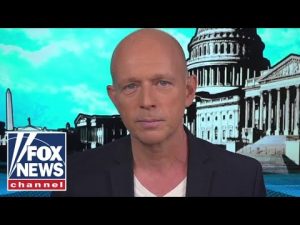