Every single American is going to be deeply affected by the crisis that is unfolding in California right now. The state has almost 25 million acres of farmland, and it produces the vast majority of the fruits and vegetables we consume in the U.S. However, as a catastrophic megadrought has started to devastate millions of acres of crops, California’s agricultural production is being dramatically reduced, and in times when severe supply chain disruptions are resulting in widespread shortages, the loss of all these crops means that we’re about to face even more acute shortages and even higher food prices. That is going to be a serious issue for the entire population, especially after a year where more than half of Americans experienced some level of financial pain.
Authorities have been deeply concerned about the impacts of this weather emergency and they have been closely monitoring weather forecast updates to prevent being caught off guard in face of a potential disaster. According to the official U.S. Drought Monitor website, nearly the whole California area is experiencing either “extreme drought” or “exceptional drought” at this point. Conditions have been so alarming that Governor Gavin Newsom has decided to declare a “drought emergency” in 41 of the state’s 58 counties, which are home to more than 37 million Californians.
At this point, California’s 154 major reservoirs are already collectively at 71% of where they generally are. In March, anticipating reserves would decline, the California Department of Water Resources reduced the expected water allocation of farmers and growers to 5%, sparking tumult amongst farmers of the state’s agricultural belt, which is going to be hit hard by the megadrought. Across several water-stressed farming areas of the state, farmers and ranchers have already begun to cull crops, remove productive trees to other lands in an attempt to divert the little water reserves they have to other crops, as well as fallow fields, and thin their herds in preparation for what lies ahead.
Many other farmers in Fresno and Merced counties are having to abandon hundreds of thousands of acres of lower-value, high-water crops for more valuable produce. But they remain uncertain whether their crops will survive and whether their efforts will pay off at the end of the season. The truth is that many of them fear a widespread historic crop failure could be looming. Daniel Hartwig, another farmer based in Fresno County said that he isn’t taking any chances. “We’re removing 15-year-old, prime-production almond trees,” he said. “We’re pulling out almost 400 acres, simply because there’s not enough water in the system to irrigate them, and long term, we have no confidence that there would be water in the future.”
On top of all that, tens of millions of salmon raised in the state are at risk of dying as waterways are going too shallow and too hot for them to safely make their journey to the Pacific Ocean. Officials are figuring out ways of transporting the fish on trucks to sites across the coast. That is to say, tons of salmon and other fish that are grown in California will never make it to the stores this year. And considering that the state typically produces 99 percent of the artichokes consumed in the country, as well as 81 percent of almonds, 99 percent of walnut and numerous staples we eat on a daily basis, U.S. consumers should prepare for shortages of a wide range of food products and, of course, soaring food prices all over the nation. This is clearly evolving into a major national crisis, and the most complicated part of it is the fact that without any rain there’s no way to reverse this emergency and avert a series of disasters.
As the drought emergency aggravates, and with no hope that things could turn around any time soon, the California Department of Water Resources has warned that severe water restrictions might be put into place over the coming months. As the summer approaches, we will see many more drying lakes, crops being destroyed, and devastating dust storms across several other states. Once again, we’re headed to another tough season and we all should watch the future developments of this crisis very carefully. Keeping in mind that since our food prices have already been rising to astronomical highs, and this megadrought is about to send them soaring even higher, we said it before and we’re stressing it once more now: get prepared for the looming shortages and stock up on goods you will need over the next few months because things are going to spiral out of control in our food supply chains very soon.

Ingraham: The crime wave is coming

Parent threatens to remove child from school over woke policy

Biden’s speech writer is ‘the dumbest person in the world’: Brandon Tatum 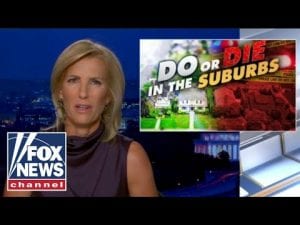 Ingraham: The crime wave is coming 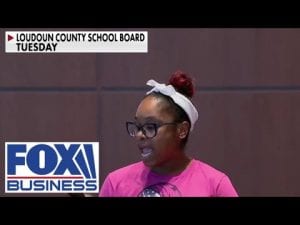 Parent threatens to remove child from school over woke policy 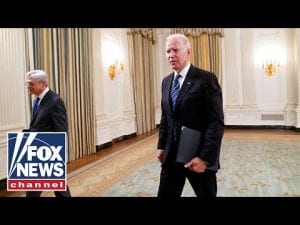 Biden’s speech writer is ‘the dumbest person in the world’: Brandon Tatum