Economic Collapse Confirmed! $244 Trillion Dollar Dark Debt As Half The World Lives On $5.50 A Day

Shocking video of the imminent economic collapse and the next Great Depression.

The borrower is the servant of the lender, and one of the primary ways that the elite keep the rest of us subjugated: is through the 244 trillion dollar mountain of global debt that has been accumulated.  Every single day, the benefits of our labor are going to enrich somebody else.  A portion of the taxes that are deducted from your paycheck is used to pay interest on government debt.  A portion of the profits that your company makes probably goes to servicing some form of business debt.  And most Americans are continuously making payments on their mortgages, their auto loans, their credit card balances and their student loan debts.  But most people never stop to think about who is becoming exceedingly wealthy on the other end of these transactions.  Needless to say, it isn’t the 46 percent of the global population that is living on less than 5.50 dollar a day.

The world has never seen anything like this 244 trillion dollar debt ever before, and one of the central themes of Epic Economist youtube channel is that all of this debt will ultimately destroy our society and causing a major economic collapse.  According to the Institute of International Finance, the total amount of global debt is now  “more than three times the size of the global economy”…

Today, we are living in the terminal phase of the biggest debt bubble in the history of the planet.  Every debt bubble eventually ends with horrific economic collapse, and this one will too.

It isn’t an accident that the United States are 22 trillion dollars in debt.  The truth is that the debt-based Federal Reserve is doing exactly what it was originally designed to do.  And no matter what politicians will tell you, we will never have a permanent solution to our debt problem until we get rid of the Federal Reserve.
In 2017, interest on the national debt will be nearly a trillion dollar. That means that close to 1000 billion of our tax dollars will go out the door before our government spends a single penny on the military, on roads, on health care or on anything else. And we continue to pile up debt at a rate of more than 200 million dollar an hour.  According to the Congressional Budget Office, the federal government will add more than a trillion dollars to the national debt once again in 2019…

When economy comes crashing down and a great crisis happens, we are going to have a choice.
We could try to rebuild the fundamentally flawed old system, or we could scrap it and start over with something much better. My hope is that we will finally learn our lesson and discard the debt-based central banking model for good. The reason why I am writing about this so much ahead of time is so that people will actually understand why the coming economic collapse is happening as it unfolds.

If we can get everyone to understand how we are being systematically robbed and cheated, perhaps people will finally get mad enough to do something about it.

Parent who went viral for going after school board joins ‘Tucker’ 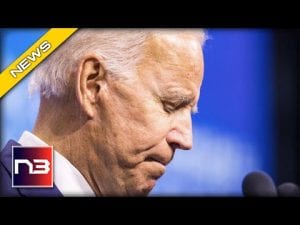 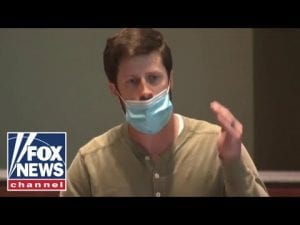 Parent who went viral for going after school board joins ‘Tucker’ 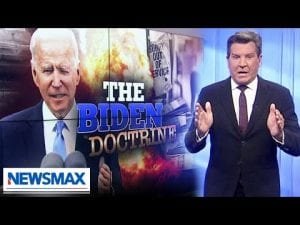