You won’t believe the shocking facts about hotel maids !

6. They Never Clean Remotes
What do you think might be the dirtiest parts of your hotel room? The bed sheets? The showers? Oh just about everywhere? Well it turns out the remote control gets cleaned about every first day in the month of never. You might expect there to be a little bit of bacteria in the bathroom or sink, but there’s probably a few places where it might surprise you. One of the dirtiest things found in the rooms is the TV remote control which often even contained E. Coli. Much of the rooms contain sky-high levels of bacteria on the Sofas, curtains, and the room service phones. On average, the hotel maids take about 30 minutes to clean each room and use the same mop for each place. This basically just spreads pathogens from one room to another, especially if they’re not doing a good job! People don’t always spend a ton of time flipping through the channels on vacation so don’t trip out too much!

5. Animals on the Loose
Complaining in foreign countries will usually result in the hotel host not speaking English and laughing at you. But it’s not just cockroaches you gotta look out for. This photo we see here shows seeing a full-sized 8 foot crocodile with its head sticking out under the bed. A man named Guy Whittall was staying at the Humani in Zimbabwe actually with this feisty sheila under his bed! This 300 pound plus crocodile was directly under his bed, the entire night! Yikes

4. Staff Room Crasher
According to an article by the Sun, hotel staff encountered an elderly man who was rather lost. It turned out he had been confused on which room was his for awhile. The hotel staff discovered that he was in their break room using one of the employees coffee mugs for soaking his dentures. Since the staff isn’t in their break rooms at all times, they might have to wonder how many times he had been in there before when they weren’t there.

3. Don’t get on Their Bad Side
Remember, these people are cleaning your room after all and if they really wanted to get you back in some spiteful manner, it would be fairly easy to pull off. Cleaning is certainly hard work and you don’t want to push them over the edge. A small tip might go a long way to let them know they are appreciated. One hotel maid who remained anonymous reported that after a man shouted at her at the top of his lungs and was rather rude, she took towel, wiped the floor with it, then hung it up for him to use next. That almost seems like it was on the nicer side of the hotel maid revenges.

2. For the Love of Pie
Sometimes you might need to see a psychologist if you’re renting out hotel rooms for doing things like this. A reddit user avoidableboat67 confessed to a mysterious event that took place at the hotel room. A person would pay for everything in cash including the room deposit fee which was an extra 100 bucks cash. The next day, it looked like a crime scene was right in front of them but instead of blood, they found cherry pie everywhere. It was smeared on the walls, words were written, it was on the ceiling of the bathroom. Words that were written included pie and pants and everyone was confused beyond belief. Maybe this guy enjoyed baked goods just a little too much.

1.They Might Be Napping
You might occasionally dream of being able to take a nap during work in a comfy hotel room buit some hotel maids might actually be living that dream occasionally. Sometimes cleaning those rooms can get tiring and some hotel maids have confessed to giving up to temptation and taking a nap on the bed. They say that sometimes they are given a little extra time to clean certain rooms and if they finish ahead of schedule, they might take advantage of being ahead of schedule. Sounds relaxing right.

Tucker reacts to footage of ‘spherical’ UFO captured by Navy

Gas crisis easing though problems remain in some regions | WNT 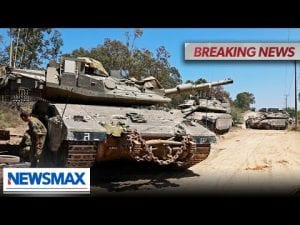 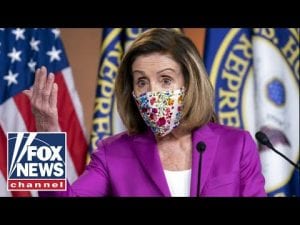 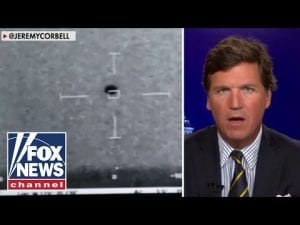 Tucker reacts to footage of ‘spherical’ UFO captured by Navy