Before They Were An Inconvenience, But Now The Shortages Are Really Beginning To Sting

Install Raid for Free ✅ IOS/ANDROID/PC: https://clcr.me/nwJsDI and get a special starter pack 💥 Available only for the next 30 days

All across America, store shelves are getting emptier and emptier. Consumers are noticing many products are never being restocked. Since the first wave of panic buying last year, it has become impossible for retailers, grocers, and many companies across several industries to fully replenish their inventories. Those sparse shortages became significantly more widespread. And now experts are warning that things are about to get a whole lot worse.
While the price of everything keeps soaring, shortages are getting more extensive. On the other hand, consumer demand is still at record levels, and now we are seeing empty shelves in just about every corner of our economy. The situation is starting to become quite painful. And as we move closer to the holiday season, shortages are only expected to intensify. That is extremely alarming when we consider that many areas of the economy have already been experiencing severe shortages for a long time.
The US economy is stumbling once again, and many companies that are hanging by a thread are counting on the busy holiday shopping season to make up for the losses suffered throughout this year. But the lack of enough qualified labor and supplies is likely to compromise their sales and, in turn, put their survival in jeopardy.
It all started with a historic shortage of ocean shipping containers. Without enough capacity to move goods around the world, the US is facing shortages of everything: from cleaning products to metals, plastics to food. A wide range of household staples is simply gone, and as our key ports remain extremely congested, it seems that there’s no relief in sight for this crisis. Economists from around the world are noticing that there’s something terminally broken in the US supply chains, and as a result, the economy is facing acute imbalances as shortages disturb pricing and trigger inflation in many unusual segments.
The truth is that our lack of strong supply chains has been masked for decades. Then, the health crisis came along and sent shock waves all around the economy, exposing several flaws in the system. And now that the problem has only grown more complex, there’s no quick fix that can avert the worsening of the supply chain crisis. A massive wave of shortages evolved from a possibility to a reality. Several other factors continue contributing to the aggravation of the container crisis. Right now, port congestion in California is at one of its worse moments since the beginning of the health crisis. According to FreightWaves data, the number of container ships sitting along the west coast waiting to be unloaded in San Pedro Bay, off the ports of Los Angeles and Long Beach, has blown through all previous records.
There is currently a staggering backlog of 73 container ships in San Pedro, and according to FreightWaves’ Greg Miller, “the numbers — already surreally high — could go even higher than this. While designated anchorages are limited, the space for ships to safely drift offshore is not”. At this point, the worker shortage is getting so serious that supply chains aren’t the only areas suffering from the lack of able-bodied workers. A new report disclosed that the driver shortage spreading across the US means that there are not enough people to drive our kids to school. In fact, school districts are struggling to fill thousands of bus driver positions. According to The Hill, “the shortages are so bad that districts are taking extraordinary measures to get kids to school as students return to in-person classes this fall”.
For instance, in Philadelphia, the school district will pay families $300 a month, or $3,000 for the year, to shut down transportation services and get the parents to drive their kids to school on their own. “Albemarle County Public Schools in Virginia is offering a $2,500 bonus to new drivers — $100 more than the school district in the county seat, Charlottesville, is offering,” outlines the report. But even with increased efforts, not enough people are showing up to fill these job openings. It is safe to say that this is the worst labor shortage that the U.S. has ever experienced, and it just keeps getting worse. For several months, experts have alerted about worsening shortages and raging inflation, but most of the population wasn’t interested in hearing such warnings. Now, this is where we are. And what we’re experienced so far is just a taste of a catastrophic crisis that has just begun.”

Ric Grenell: US needs to ‘exercise leadership’ before military coup in Sudan 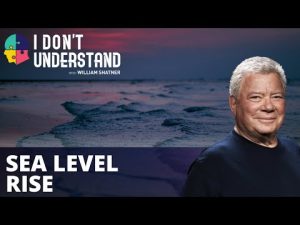 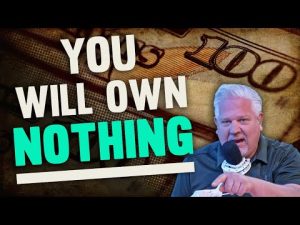 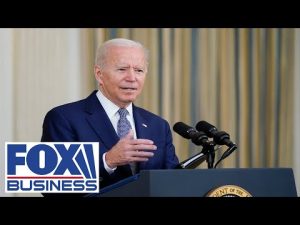