Ancient constructions that still baffle us. Many historical discoveries solved mysteries that we couldn’t explain. Here are the most stunning constructions, such as Goliath Gates & the Moai Statues.

8 Goliath Gates
In 2015, a large gate was discovered that may have once marked the entrance to the city of Gath. Gath was one of the largest cities in the region & home to Goliath. Also found were fortifications nearby, which will take some time to fully excavate & the remains of a temple with ironworks & pottery associated with Philistine culture. The find, raises questions regarding other potential discoveries with origins rooted in tradition.
7 Hypogeum of Hal-Saflieni
Dating from around 4000 BC, the Hypogeum of Hal-Saflieni is the world’s, only known prehistoric underground temple. Built on three superimposed layers, the lower of which rests 35 feet below ground level. Many objects were found during the excavation of the site, including decorated pot vessels, clay & stone beads, & figures depicting animals & human figures. The most notable of them is the ‘Sleeping Lady’. Perhaps the most incredible aspect about Malta’s underground wonder is its acoustic properties. Voices with a range of 95 to 120 Hz can reverberate throughout the entire complex. If the frequency is maintained it’s said that it produces an almost trance-like state that can stimulate the creative side of the brain.
6 Great Pyramid of Giza
The Great Pyramid of Giza held the title of the world’s tallest building for roughly 3,800 years from its completion around 2560 BC. One of the original 7 wonders of the world. The gigantic structure was built using over 2 million stone blocks, weighing from 2 to 30 tons. Some of the massive blocks had to be transported from 500 miles away. Perhaps the most baffling aspects about the pyramid are its accurate measurements & geometry. The plane on which it rests was artificially flattened & is only 0.8 inches away from being perfectly horizontal. The alignment of stones is incredibly precise & all four sides of the pyramid are oriented almost perfectly to the four cardinal directions. Large blocks of casing stones were also used & placed atop the pyramid. These were polished to the point that they reflected sunlight, turning the pyramid into a visual spectacle.
5 Newgrange
Newgrange, located in the Boyne Valley, County Meath, Ireland isn’t as famous as Stonehenge, its younger Neolithic relative, but it’s just as, if not more mysterious. A cairn containing a staggering 220,705 tons of loose stones covers the space. The structure is ringed on the outside by an array of standing stones. This man-made construction has many theories as to how the standing stones arrived on site. Some of the stones display geometric patterns that were hidden from view for reasons unknown.
Inside the main chamber has remained dry, for thousands of years. This was an inbuilt feature. Constructed around 3200 BC considering the low population of the area at the time & the massive scope of the project, it’s very existence, is puzzling.
4 Neanderthal Cave Circles
Bruniquel cave in Southern France seems to tell a different story about humanity’s evolution. Massive circles carved out of stalagmites were found inside the cave & these appear to be man-made. What’s staggering is that carbon dating indicates the circles are roughly 175,000 years old. The only hominins around the region at the time were the so-called brutish & unintelligent Neanderthals. This discovery seems to reinforce the growing theory that Neanderthals weren’t as primitive as first thought.
3 Gobekli Tepe
Gobekli Tepe also known as Potbelly Hill is an archaeological site located on an artificial mound in Turkey’s Southern Anatolia Region. Among the ruins found are massive limestone slabs & T-shaped pillars that once stood over 20 feet & weigh between 10 & 20 tons.
2 Longyou Caves
The man-made Longyou Caves definitely raise more questions than they answer. Found in the village of Shiyan Becun deep in China’s Zhejiang province, these caves were an underwater secret for millennia. That’s how roughly 320,000 square feet of hand-dug caverns were found. Containing separate rooms, pools, bridges & pillars meant to sustain the ceiling.
1 Moai Statues
The monolithic human figures from Easter Island are among the world’s most mysterious constructions. Known as the Moai, these massive statues were created by the Rapa nui people, the island’s original inhabitants. Sculpted between 1250 & 1500, most of the Moai faced inland, towards the communities. The Moai heads are significantly larger than their bodies & feature strong chins, broad noses & carved eye sockets built to hold black obsidian & coral. What’s most impressive is their sheer size.

How will the UK’s new carbon emissions target affect you? 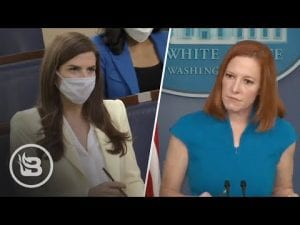 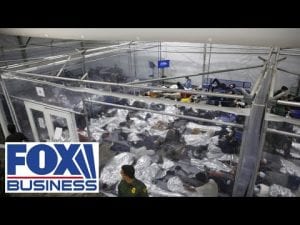 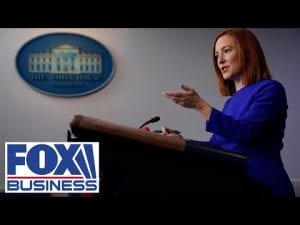