13 McPizza and McSpaghetti
In the 1980s McDonald’s tried introducing well-loved elements of Italian cuisine into its menus. The endeavor never caught on with customers for a number of reasons. The McPizza a made-to-order pizza took too long to make and basically resembled a Hot Pocket without the appeal and the McSpaghetti, lasagna or fettucine Alfredo simply didn’t match the products that competing restaurants had to offer. In the end, these products simply weren’t in tune with the McDonald’s brand, most famous for its burgers and fries.
12 Super-Size
In 1993, McDonald’s got on the super-size trend giving fast-food lovers the chance to purchase larger meals. Then in 2004, the documentary ‘Super-Size Me’, by independent filmmaker Morgan Spurlock, came out. Spurlock ate only McDonald’s for a month and documented the impact it had on his body.
11 Arch Deluxe
In 1996, with the Arch Deluxe, McDonald’s tried to appeal to more grown-up tastes. This product was essentially a Quarter Pounder with cheese, peppered bacon, lettuce, tomatoes, ketchup, a secret sauce and a different bun. The Arch Deluxe was way more expensive than other McDonald’s menu items and was meant to kick off a new line of adult-themed products. First-year sales projections were placed at close to $1 billion. $100 million was invested in a bizarre ad campaign showing children being disgusted with the Arch Deluxe and Ronald McDonald playing adult sports.
10 McAfrika
The pita-like sandwich, which was said to have followed a traditional African recipe, contained beef, tomatoes, cheese and salad.
9 McDonald’s and the Olympics
When the Olympic Games returned to the US in 1984, McDonald’s ran a campaign to show their confidence in the US Olympic Team. Customers were given scratch cards with Olympic medals events printed on them. These entitled them, to a free Big Mac, fries or Coke whenever the US won any medal. US athletes ended up winning 174 medals, 83 of them gold. The McDonald’s promotion ended up being extremely costly and thousands of establishments even started running out of Big Macs.
8 Maggots Inside Big Mac
In March 2011, Melbourne resident Leigh Savage ordered a Big Mac, he opened the sandwich to check if it included the extra pickles he’d ordered. The pickles were there, but there were also tens of maggots crawling around the patties. Savage reported the incident to the police, but they couldn’t help. According to Savage, when he first informed staff about what had happened, they laughed in his face.
6 Nail Found in Burger
40-year-old Yusuf Bercil took his first bite of a McDonald’s burger from a restaurant in Hisingen, Sweden. A nail, almost half an inch long, had become lodged between his tooth and gum. He managed to pull it out and threw up.
4 McDonald’s Taiwan
In 1992, on April 28 and 29 something was planted near or inside seven McDonald’s restaurants in Taiwan. An anonymous phone call demanded $240,000 from Quanti Foods, the McDonald’s operator in Taiwan. The company refused to negotiate and closed all 57 of its restaurants, while an island-wideb search took place.
3 McDonald’s China
A group of six people entered a McDonald’s restaurant in Zhaoyuan, Shandong, China, on May 28, 2014. Claiming to be missionaries, they presented their message and then asked for customers’ telephone number for future contacts. Wu Shuoyan, a salesgirl from a clothing store nearby was inside the McDonald’s at the time.
2 Sydney River McDonald’s
On May 7, 1992, 18-year-old Derek Wood went the McDonald’s he was working at in Sydney River, Nova Scotia, Canada. He was accompanied by two of his friends, Darren Muise, 18, who wore a Halloween mask and 23-year-old Freeman Daniel MacNeil.
1 San Ysidro McDonald’s
‘Society had its chance. I’m going hunting.’ This was the last thing that James Huberty told his wife Etna before leaving the apartment they shared with their two children on July 18, 1984. That afternoon he entered a McDonald’s near his home in San Ysidro, California.

Russia signals withdrawal from ISS in 2025

Tomi Lahren: When will CNN get outraged over left-wing riots? 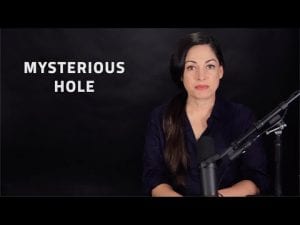 Russia signals withdrawal from ISS in 2025 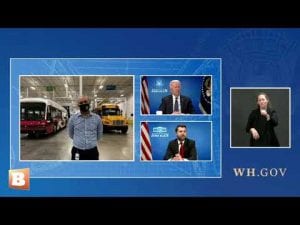 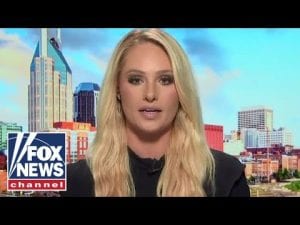 Tomi Lahren: When will CNN get outraged over left-wing riots?