Ocean creatures invading our beaches. Before jumping into the ocean on your long deserved holiday be aware of the creatures that might be lurking below.

Thoughts of a day at the beach are often brimmed with sprawling white sand, crystal clear water, and the sun’s rays melting sunscreen. An array of creepy, crawling creatures toil beneath the surface and oftentimes, these critters get washed ashore.
10. The Marbled Cone Snail
Don’t let its beauty fool you. The marble cone snail leads a double life: With an exterior like black and cream stained glass, or the striking spots of a monarch butterfly, the marvelous façade is only that.
9. The Flower Urchin
This beautiful creature encompasses a colorful sea sphere with long spines adorned with flower-like pinchers. Found scattered among sea beds of the Indo-West Pacific, the flower urchin must be handled with special care.
8. Sea Snakes
If one were to be weary of snakes when out of the water, they should feel the same about the land snake’s sneaky sea counterpart. Sea snakes have been a risk to beach enthusiasts for years, as they can easily slither under the surface of water unnoticed. Most commonly they are found hauled in with the day’s catch, leaving faultless fisherman prone to an undeserving advance from the squirming serpent.
7. The Weaver Fish
Recent warnings have pervaded prim beach hangouts around Plymouth Rock, England, regarding the infamous weaver fish. This sand dweller is sneaky in that it buries itself under the sea floor. Using tiny spines which line their backs and gills, the weaver fish announces its presence by piercing the skin of anything or anyone who comes upon it.
6. The Stone Fish
The stone fish belongs to a genus of fish known as the family of Synanceiidae, or the stonefishes. The creature’s name is synonymous with its look, as the fish holds resemblance to a stone blending in with the ocean floor. Ranging from muddied brown to orange or grey, the stone fish exhibits markings that mirror the uneven grains and markings of a rock. Also called the tropical scorpion fish in some areas, it can be found in shallow waters of the Pacific and Indian Oceans. Visitors should take extra precaution when wading in the warmer realms of these tropical areas. In Japan, this fish is considered a delicious delicacy and can be found on any menu as okoze sashimi. Even chefs must be weary when preparing this fish. Diners are safe since the spines are removed before serving, and there has been a cure found.
5. The Blue-Ringed Octopus
When it comes to risk, the majestic blue-ringed beauty is a close rival to the stone fish. The blue-ringed octopus is stunning— it’s almost translucent body is pink or yellowish in hue, with a careful dotting of spots ringed with indigo.
3. The Portuguese Jellyfish
While it certainly looks like a jellyfish, the Portuguese species also resembles an otherworldly alien spacecraft and it’s not that either. The creature sure functions as a ship. With a arge, gelatinous hood that pulsates and glows in hues of deep purple and blue, inside consists of a colony of living, breathing organisms. This tiny team exists as one, through a symbiotic relationship in which the entire squad has to function together. With the capability to reach a length of 50 meters, scientists denote this create as the longest animal in existence— since what the whales exhibits in mass, the creature displays in dimension. These siphonophore swimmers belong to a class of 188 marine species including corals and hydroids which all resemble nuances of extraterrestrial life, due to their twisted alien-like shapes and fascinating colors.
2. The Saltwater Crocodile
We’ve all heard tales about a person seamlessly snatched from shore after treading a little too close to its dark, murky waters. This beach creature known as the saltwater crocodile, is well known to prey on animals as large as a water buffalo. The target has a close minute or less before the life is squeezed right out of it, and the saltwater crocodile has been known to take down a one-ton horse in a matter of seconds. Said to be dolphin-quick in water, this scaly saltwater beast can travel impressive speeds on land as well, at a rate of twenty-nine kilometers per hour.
1. The Great white Shark
What’s worse, the infamous “Jaws” of the open water prefer to swim in clear, coastal areas where waders are most likely to swim and enjoy their time at sea. And they’re not limited to one region alone, for these terrors are found in all the world’s most populated oceans. Great whites can reach up to five tons and six meters in length, marking itself as one of the greatest predators in existence, and the only species of its genus today.

Former Policeman Turned GOP Rep: “Our Country Is Exceptional” Because of Officers’ Courage

Mark Levin: Israel Is Under Siege

Israeli-Palestinian conflict, Cheney stands her ground: World in Photos, May 13

Fully-vaccinated Americans can return to life without masks, CDC says 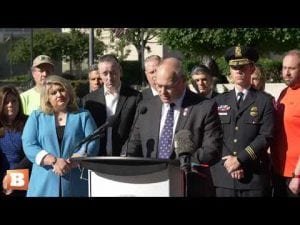 Former Policeman Turned GOP Rep: “Our Country Is Exceptional” Because of Officers’ Courage 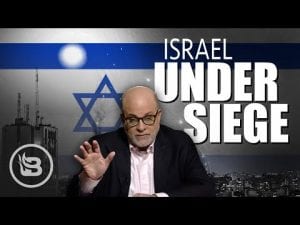 Mark Levin: Israel Is Under Siege 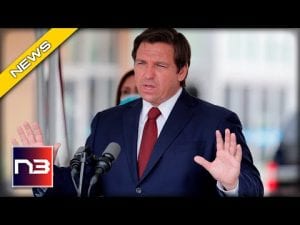